Boys Surface (after Bryant and Kusner) 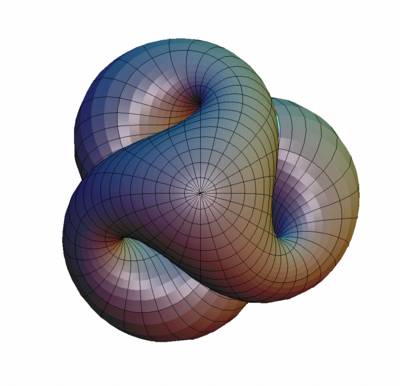 3D-XplorMath is available without charge!

Before downloading the program, please look at: The 3D-XplorMath ReadMe File

And you can look here to find What's new in Version 10.11.4 of September 2021, and also read and agree to the license and copyright statement.

We can no longer provide a signed version, since Palais lost its Apple developer status.

Note that 3D-XplorMath will not run on OS X 10.15 (Catalina) and beyond. However, the current version has been upgraded by Adriaan van Os to compile for Linux and run under several distributions. This 32-bit beta-version has been tried with Linux mint-32, ubuntu and manjaro. 64-bit compilation also succeeds, but linking currently fails. The Linux version is always the conversion of the current Pascal version.

Download 3D-XplorMath-linux.zip.
On my Mac I put the unzipped content into Shared. Then run mint-32 inside VirtualBox, open Filesystem/media/sf_Shared and doubleclick 3D-XplorMath.
This Linux version cannot render surfaces in anaglyph patch style, moving objects by mouse does not work, the 3D-XplorMath keyboard commands are not understood.

You can download here the latest public release version of 3D-XplorMath-J, our cross-platform Java version. It has not been further developed since several years.

The above is a double-clickable jar file that runs and behaves similarly under Windows, Macintosh, and various flavors of Unix. However, if you are a Macintosh user, you may want to download 3D-XplorMath-J.dmg, a special Mac version that looks and behaves more like a standard OS X application   Similarly, if you are a Windows user, you may want to download 3D-XplorMath-J.exe, a special Windows version